What Is Ethical Hacking ?
Also known as Intrusion Testing or Penetration Testing, Ethical Hacking is a computer and network based expertise to detect loopholes in an IT system and fix them accordingly. The ethical hackers are well versed in computer and networking algorithms. Such experts intrude into security system on behalf of their owners to ensure that the system is not vulnerable to malicious hackers.Ethical hackers are employed to enhance safety potentiality of a computer system to specifically prevent external threats from attacking it. With internet consumption skyrocketing worldwide, ethical hackers have become integral workforce of any IT security industry today.
Industry Status
In the United State alone, the ethical hacking was expected to be a US $3.8 billion industry. It was also estimated that around 77,000 ethical hackers will be required in every year in India. Sadly, the country produces just 15000 such hackers in a year currently.No doubt, ethical hacking is mounting at a very significant pace worldwide. It therefore offers a wide spectrum of lucrative job opportunities for those who want to make career in it. 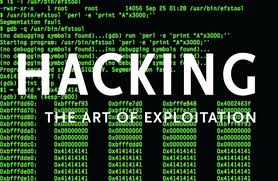 Remuneration
An ethical hacker with no prior working experience in this field can work as an intern for months with annual package of Rs 2.5 lakhs in India. Thus the rate of growth in remuneration increases as per the work experience increases.A professional with more than 5 years experience can work in an information security industry on handsome annual package of Rs 12 lakhs.In conclusion, ethnic hacking can be one of the lucrative career options for the aspirants. With mounting popularity worldwide, the aspirant can work in reputed Ethnic Hacking india Company in any part of the world. The scope of ethnic hacking is very large and wide today.
This blog sees the traditional rivalry of South Korea and North Korea, again raising its ugly head in cyber world.  South Korea is warning to strengthen its cyber security policies and its cautious approach with North is well evident.  The experts opine on new measures as a way to earn money by security companies.  President Lee Myung-bak on his, perusal of the defence plan, stresses the need for protection of intelligence assets.  There is also a 200 percent raise in the service personnel at the Cyber Command and all due to the cyber attack. 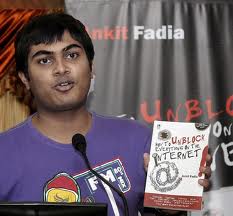 A defense plan, perused by President Lee Myung-bak, urges the military to secure intelligence assets and double the number of service personnel at the Cyber Command to 1,000 after increased fears that an attack is forthcoming.  The convention al animosities within the North-South Korea fanned for many years and declare to be on the record as in war in 1950-53.  It is notable the Korean War ended in a truce, not a peace treaty.  When it is seen countries visualize cyber security threats, it is pertinent for companies to go in for ethical hacking firms to protect their websites.  Here, companies like infySEC have services to give security to websites and given in this link http://www.infysec.com/services/security-and-defense/website-security .

The cyber threats loom large.  In the beginning of this month, Seoul and Pyongyang were at loggerheads.  There were complaints by Seoul on Pyongyang for interference of GPS jamming signals on civilian flights and commercial ships rowing near the nation's western border.  It includes hacking claims of government websites and banking systems.  Security experts are of the view that such allegations are just "paranoia" rather than a threat.

TechEye came out in open with the statement   that the level of paranoia is advantageous t for security companies but bad for the governments at war with each other.  While it is an open secret that South and North Korea do not vibe with each other and allegations on interference with GPS jamming signals on civilian flights and commercial ships is agog.  The experts accept the website hacking as this is popular among warring Asian countries, but the GPS claims is a stretch too far.
The information that South Korea now maintains that it will expand a variety of offensive and defensive cyber warfare weapons and strengthen work force at the military cyber command is a common phenomena, as many countries do this, but the question is will they shell money on nothing?
"The foremost view of all is to go for
undercover hackers in lieu of wasting money at security companies who lack the ability to give the required true protection. I say bye now and will be back with more cyber treats.